Marsha Hudson has a lifelong interest in dreams and began recording her dreams as a teen.  Since 2002 she has facilitated dream work with individuals, with group, and workshops.  She has studied archetypal projective dreamwork with Jeremy Taylor and is certified by the Marin Institute of Projective Dream Work.  She is a member of the International Association for the Study of Dreams(IASD) and follows its code of ethics.

Her background in literature, languages, and culture has given her powerful tools for doing dream work.  She earned her M.A. and Ph.D. in comparative literature with a specialty in poetry from UC Berkeley.  She knows ancient Greek, has studied both Greek and Latin literatures, and is well versed in the myths and legends of western culture, as well as some non western cultures. Through her study of both ancient and modern poetry she makes the connection between the figurative language of poetry and the metaphoric imagery of the dream.  She and former colleagues of comparative literature have co written and edited an anthology of personal essays called The Berkeley Literary Women’s Revolution:  Essays from Marsha’s Salon, published in 2005 by McFarland & Company, Inc.

In August 2015 Marsha founded the Dreamworkers’ Forum of the Santa Cruz area which meets monthly on the third Sunday from 1:30 to 4:30 at her home.  The purpose of the Dreamworker’s Forum is to foster communication among the many people interested in dreams who share the view that dreams are a profound source of personal and collective wisdom for us all.

Marsha Hudson is also a certified gestalt practitioner, an approach to personal growth that is present centered and that emphasizes awareness and the inherent wisdom of each person.  This training especially enhances working with dreamers in both its philosophy of empowerment and in its techniques that assist in the development of self awareness and healing. 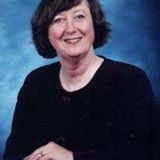